Click here to edit the Social Media Links settings. This text will not be visible on the front end.

15 Reasons Spring is a Wonderful Season 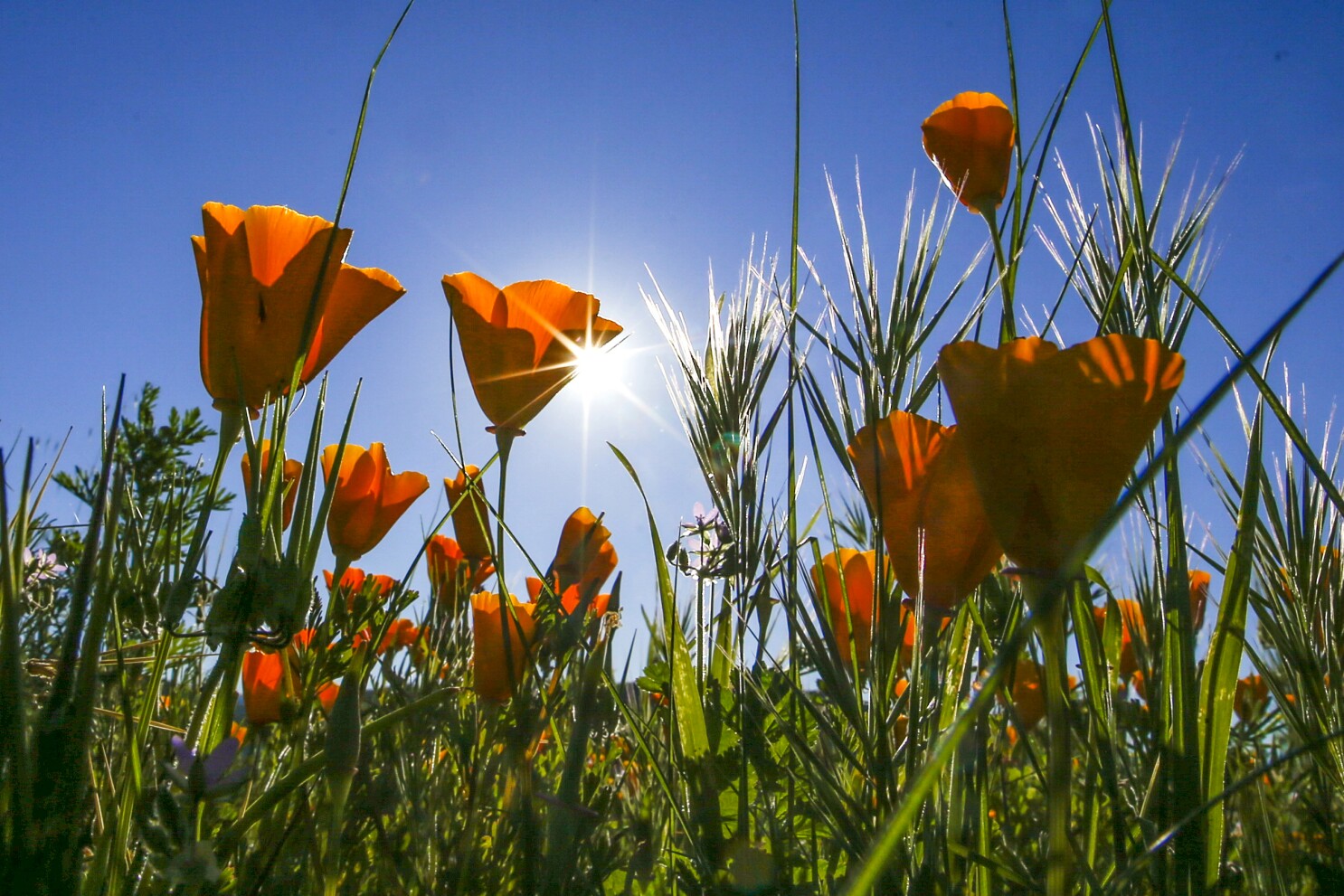 Spring has definitely arrived!  While those of us in Southern California my not be able to relate to all of these reasons, many still apply.  Here are 15 reasons Spring is a wonderful season.

Spring marks the end of blistering winter and the transitional period to scorching summer. In many places, the season brings mild temperatures in the 60s and 70s. People tend to be most comfortable at temperatures of about 72°F, research shows, so the arrival of spring means you can finally ditch the heavy winter layers and still be comfortable.

2.  THERE IS MORE DAYLIGHT 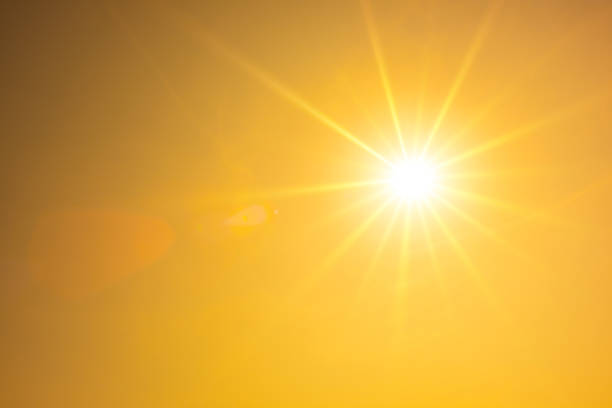 Following the spring equinox, days begin lasting longer and nights get shorter. Daylight Saving Time, which moves the clock forward starting in March, gives you even more light hours to get things done. Those extra hours of sun can be a major mood-booster, according to some research. A 2016 study of students in counseling at Brigham Young University found that the longer the sun was up during the day, the less mental distress people experienced.

Many animals migrate south during the winter, then head north as temperatures rise. For relatively northern regions, there is no better indicator of spring than birds chirping outside your window. Their northward migration can start as early as mid-February and last into June, meaning that throughout the spring, you can expect to see a major avian influx. In addition to the satisfaction of marking species off your bird-watching checklist, seeing more of our feathered friends can make you happy. In 2017, a UK study found that the more birds people could see in their neighborhoods, the better their mental health.

4.  THERE ARE BABY ANIMALS EVERYWHERE

Many animals reproduce in the spring, when temperatures are warmer and food is plentiful. Baby bunnies, ducklings, chipmunks, and other adorable animals abound come spring. Studies have found that seeing cute animals can have positive effects on humans. For instance, one small study in 2012 found that when college students looked at cute images of baby animals, they were better at focusing on a task in the lab. Being able to watch fluffy baby squirrels frolic outside your office window might make spring your most productive season of the year.

In 2015, a pair of public policy researchers discovered a hidden upside to “springing forward” for Daylight Saving Time. It reduced crime. When the sun set later in the evening, the study published in the Review of Economics and Statistics found, robbery rates fell. After Daylight Saving Time started in the spring, there was a 27 percent drop in robberies during that extra hour of evening sunlight, and a 7 percent drop over the course of the whole day.

Warmer temperatures mean you can spend more time outside without freezing your feet off, which is great for mental health. Across the seasons, research has found that taking walks in nature slows your heart rate and makes you more relaxed, but some research indicates that there is something special about spring’s effect on your brain. A 2005 study from the University of Michigan linked spending 30 minutes or more outside in warm, sunny spring weather to higher mood and better memory. But the effect reverses when spring ends, since being outside in the warmest days of summer is usually pretty uncomfortable.

7.  IT MAKES YOU MORE CREATIVE

That same University of Michigan study found that spending time outside in the sunny spring weather isn’t just a mood booster, it actually can change the way people think. The researchers found that being outdoors broadened participants’ minds, leaving them more open to new information and creative thoughts.

8.  THE LEAVES COME BACK

Spring brings green growth back to plants and trees. Depending on where you live, trees may begin sporting new leaves as early as mid-March. That successful spring leaf growth ensures a cool canopy to relax under during the hot summer—a hugely important factor in keeping cities comfortable. According to researchers, vegetation plays a big role in mitigating the urban heat island effect. When trees release water back into the air through evapotranspiration, it can cool down the areas around them by up to 9°F, according to the EPA. 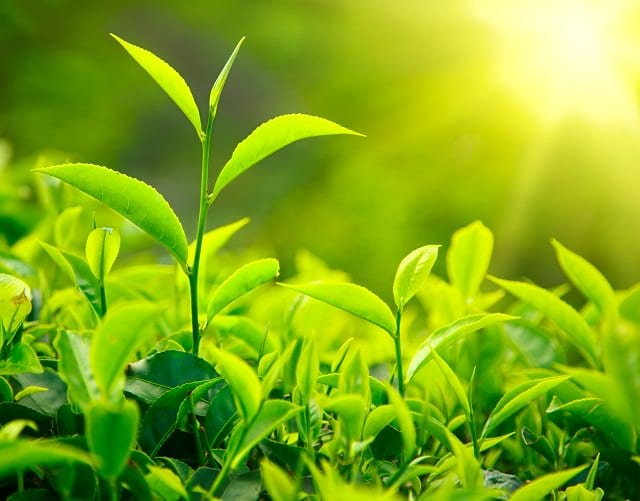 It’s amazing what a little sun can do for plants and grass. Through photosynthesis, plants convert sunlight, carbon dioxide, and water into food, releasing oxygen in the process. That means as plants start to grow in the spring, they pull carbon out of the atmosphere, providing an important environmental service. Plants take in roughly 25 percent of the carbon emissions humans produce, absorbing more than 100 gigatons of carbon through photosynthesis each growing season. Because of this, the amount of carbon dioxide in the atmosphere drops each spring and summer. (Unfortunately, it rises in the winter, when most plants aren’t growing.)

Many vegetables and some fruits are harvested in the spring. ‘Tis the season to get your local asparagus, greens, peas, rhubarb, and other fresh produce. Getting more fruits and vegetables into your diet isn’t just good for the body; it’s good for the soul. A 2016 study of more than 12,000 Australians found that when people increased the amount of fruits and vegetables in their diet, they felt happier and had higher rates of life satisfaction. If they increased their intake by eight portions a day (a tall order, we know) the psychological gains were equivalent to the change in well-being people experience when they go from being unemployed to having a job, the researchers found.

After months spent conserving energy, flowers bloom in the spring, once they sense that the days have grown longer and the weather has turned warmer. That’s good for humans, because several studies have shown that looking at flowers can make you happy. A 2008 study of hospital patients found that having flowers in the room made people feel more positive and reduced their pain and anxiety. Another study from Rutgers University found that when participants were presented with a bouquet of flowers, it resulted in what scientists call a “true smile” a full 100 percent of the time. Seeing flowers had both “immediate and long-term effects” that resulted in elevated moods for days afterward, according to the researchers

12.  YOU CAN TAKE YOUR EXERCISE ROUTINE OUTDOORS

While it’s important to keep moving no matter what the weather, research shows that working out can be more beneficial if you do it outside. A 2011 study found that, compared with an indoor workout, exercising outdoors in nature increased energy levels, made people feel revitalized, and decreased tension, among other positive effects. People who worked out in the fresh air also tended to say they enjoyed the experience more and would be likely to repeat it, suggesting that using nature as your gym might help you stick with your exercise regimen. While those benefits probably extend to winter, too, it’s a whole lot easier to stomach the idea of a run once the weather warms up.

Flu season in the U.S. typically lasts through the fall and winter, usually peaking between December and February and tapering off during the spring. The seasonal change is in part because of dry air. Cold temperatures mean a drop in humidity, and indoor heating only makes the air drier. This lack of moisture in the air can dry out your skin and the nasal cavities, leading to nose bleeds, irritated sinuses, and a greater risk of getting sick. Since the mucus in your nose is designed to trap viruses, when it dries up, you’re more likely to catch something nasty, like the flu. As the weather warms up and becomes more humid throughout the spring, that mucus comes back. As the season wears on, not only can you lay off the body lotion, but you can probably put away the tissues—if you don’t have spring allergies, that is.

14.  YOU CAN OPEN YOUR WINDOWS 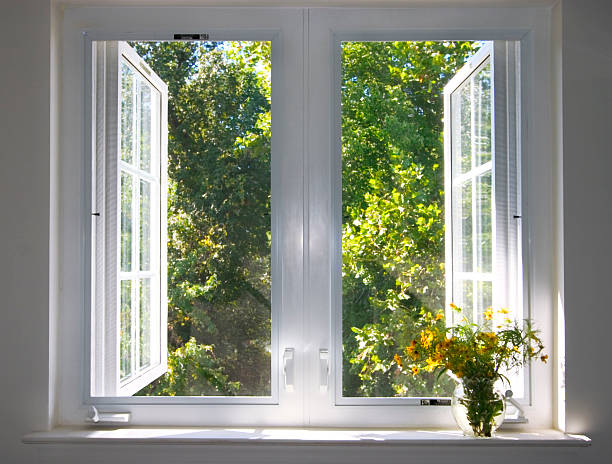 Temperate weather makes it easier to get the fresh air you need. Opening your windows and allowing the breeze in serves as an important way to ventilate indoor spaces, according to the EPA. A lack of ventilation can lead to an unhealthy concentration of indoor pollutants from sources like cleaning product fumes, certain furniture and building materials, and stoves (especially gas ones), posing a threat to your health and comfort. Winter brings the highest rates of indoor pollutants like nitrogen oxide, a 2016 study of unventilated stove use in homes found. Spring brings the perfect opportunity to throw open those windows and doors and get the air moving again.

15.  YOU CAN GET YOUR VITAMINS NATURALLY

Sunlight triggers your body to produce vitamin D, which keeps your bones strong. At northern latitudes, it’s extremely difficult to get enough sun exposure naturally to maintain healthy vitamin D levels during the winter—even if you did want to expose your skin to the elements—but that starts to change during the spring. One Spanish study found that in Valencia (which shares a latitude with Philadelphia, Denver, Baltimore, Kansas City, and several other major U.S. cities), people only need 10 minutes outside with a quarter of their bodies exposed to the spring sunshine to get an adequate daily dose of vitamin D.

Thank you for your inquiry.